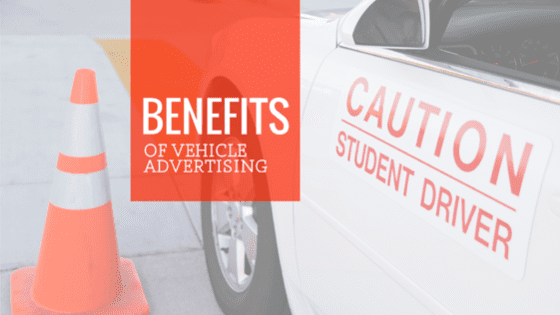 On average, a typical U.S. driver travels 13,476 miles per year. That’s 36 miles a day, which means there are a lot of people on the road that could be potential customers! Gone are the days when people lived, worked and played in a few square block radius. As America’s population has surged over the last 75 years, our nation has become more subdivided and our dependency on automobiles has increased. Consequently, car advertising has become a legitimate form of marketing. One that, if you are a local business looking to attract local customers, cannot be ignored.

Let’s take a look at some of the benefits vehicle advertising can have.

It’s pretty clear that vehicle advertising – decals or magnets – is a great way for small and local businesses to market themselves. For little investment, you can turn your car or truck into a mobile billboard that reaches potential customers and causes them to take action. Besides, with advertisement on the side of your vehicle, you won’t mind being stuck in a few more traffic jams!