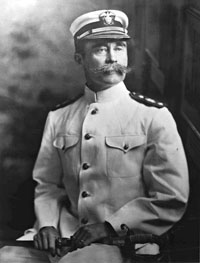 On April 6,1909 Robert E. Peary and his assistant, Matthew Henson became the first men to reach the North Pole. Many men had tried and failed before them – some died in the process, the luckier ones just lost limbs to frostbite. Patient planning, careful attention to detail and stellar people skills made the expedition successful. Most of us won’t endeavor to trek to the North Pole, but we can grab a cup of hot cocoa and learn a little from both Peary’s and Henson’s personal strengths on this their 113th anniversary.

The process from planning to completion took 18 years. Planning began in 1891. Then Peary undertook two expeditions, in 1902 and 1906 to map the Arctic in North Greenland. As a civil engineer for the U.S. Navy, Peary had learned the importance of surveying. His patience and attention to detail made the ultimate journey possible.

Taking the time to plan for a venture properly can be difficult. It’s boring. And arduous. Sometimes you want to skip right to the good stuff—the adventure. But without careful planning, you won’t know which direction to take and you might get lost—literally or figuratively. 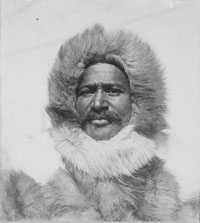 Peary chose Matthew Henson, an African-American explorer, for his assistant. An orphan, Matthew Henson went to sea at age twelve. He sailed around the world, where he gained navigation experience. Peary met Henson while on a trip to Nicaragua and recruited him to join several Arctic expeditions. While on the expeditions, Henson got to know the Inuit people. He learned the language and culture, and learned how to train dog teams.

Peary felt that Henson was the best man for his long journey to the North Pole. Though some people questioned Henson’s abilities because he was black, and others exhibited jealousy that an African-American man should receive such a lofty position, Peary held his ground. He knew that Henson’s training, knowledge and dedication would make the difference between success and failure. Henson later saved Peary’s life on a Greenland expedition.

Though our society has come a long way in regards to racism, prejudice still exists amongst all minorities. When you’re looking for good people to join you on your journey, look beyond the skin-deep and choose based on experience and character.

Many other explorers had attempted to reach the North Pole and had failed. Peary quickly found that he couldn’t just walk or dogsled from Greenland to the Pole, so he planned a series of base camps that the explorers could use along the way. Over several years, he built camps with igloos and supplies, gradually getting farther and farther from Greenland. Only after many camps were in place did Peary make a final run toward the Pole. His patience made it possible to thoroughly plan the journey and keep his party safe.

Peary and Henson took an entire Inuit village and 200 huskies with them to build the base camps. Matthew Henson’s knowledge of the Inuit people and their culture came in handy when things got rough.

After the Roosevelt was frozen into place, Henson encouraged the Inuits to produce fur clothing and harnesses and build sledges. These enterprises kept everyone productive and busy and less likely to worry about the -50 degree weather outside.

At one point, the party got stuck when they encountered a large lead (an open body of water). They had to wait for the lead to freeze over, which took six days. During that time, many people in the party began to get restless. They worried that they wouldn’t reach the goal in time and would die if bad weather set in. Henson kept everyone busy with physical contests and organized sports.

The only member of the party to die during the journey was Ross G. Marvin, a professor. He wasn’t able to speak the Inuit language. During the journey home from the North Pole, everyone was under tremendous stress and pressure to reach Greenland before the thaw. Marvin and some Inuits got into an argument along the way, and one of them shot Marvin, killing him. A lack of communication and understanding cost Marvin his life.

People skills are important whether you’re in an igloo in the Arctic or working in a retail shop in Key West. Take the time to get to know the people you work with. Create and maintain open communication. No one has to die on your adventure.

Since Peary wasn’t able to just walk to the North Pole, he needed a vessel that would help him get there. At the time, none of the existing ship designs were able to withstand the conditions of the North Pole. Peary designed and built a special ship, the Roosevelt, that could break through the ice during the summer.

Peary and Henson also designed and hand built special sledges to carry equipment. The sledges were made of hickory, with steel runners, and were held together with walrus hide. Contrary to popular wisdom of the time, the team didn’t load the sledges heavily. This placed less strain on the sled dogs and enabled them to move faster.

Ingenuity and creativity are helpful traits in any situation. In business, being flexible and looking for better solutions to problems will make you better able to succeed.

The trek to the North Pole was fraught with difficulty and hardships. Some of the worst obstacles on the journey were pressure ridges. These 20-50 foot high ridges of snow and ice are formed when ice buckles. The party had to use ice picks to chip away foot holds so they could climb over. It was a long, physically-demanding job to go over a pressure ridge, and the men were exhausted by the time they got to the top. Of course, once they were over one ridge, another was waiting.

Peary was fiercely determined to reach his goal. No matter what the obstacle, he was willing to do whatever it took to succeed. You might not have to climb pressure ridges in -50 degree weather, but it might take a lot of determination to secure a small business loan, find suppliers or convince local customers to choose your business.

133 nautical miles from the pole, Peary and Henson left with four Inuit team members and 30 dogs. They travelled up to 30 miles per day, trying their best to hurry so they could get back before spring thaw. On April 6th they took sexton measurements that confirmed that they were at the North Pole. They had succeeded.

Their journey wasn’t over, however. They still had to travel back over the 413 nautical miles from the North Pole to Greenland. And they had to hurry—if they failed to reach land before the sea ice melted, they would be stranded between large bodies of water and would die. Supplies were running short, it was cold and the party was getting cranky. Then they had to wait for ice to break up so that the Roosevelt could sail. By the time they reached home, it was August.

Success doesn’t mean that you can rest on your laurels. You still have to work hard in order to keep your business alive.

A Little Bit of Luck

Peary, Henson and their exploration party worked long and hard to reach the North Pole, and their hard work paid off. But they also had a little bit of luck. The weather was good during their trip. If a fierce storm had come in, the party would have died from exposure. Even today, with modern equipment, people still die trying to trek to the North Pole.

You won’t likely freeze to death in your business, but a little bit of luck doesn’t hurt either.