Symbols can be powerful signs that speak volumes without using words. You might pass a symbol-sign every day for years without knowing what it means. But for those who do know, the symbol identifies an institution that offers needed services. On the outside of many pawn shops, you’ll find a symbol. A secret symbol that dates back to fifteenth century Florence. A symbol with a shady past.

A Different Kind of Bank 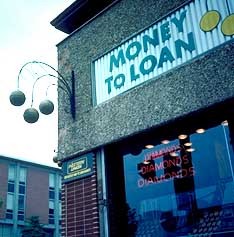 I’ve only ever been in a pawn shop on two occasions. I think they’re a bit creepy, to be honest. The shops always have bars in the windows and doors. Dead animal heads hang on the wall, looking down on patrons with their glass eyes. Next to the deer and elk heads, security cameras look down with their eyes, too. Pawn shops have a funny smell, like the back corners of the tool shed in Grandpa’s back yard. It’s an amalgamation of damp cardboard, old cigarette smoke and gunpowder, mixed with the metallic tang of slowly rusting tools.

The folks who work at pawnshops are an interesting bunch. Some of them are stereotypical redneck-types, sporting tats, piercings, long goatees, trucker hats; the kind of guys who chew glass for breakfast and have a set of brass knuckles tucked in their front pocket. They’re not the kind of guys you’d mess with.

Others look like the kindly grandpas who own the tool shed where the smell came from: grey-haired men with paunches, wearing canvas Dickies pants and plaid shirts. These are the men who call you Ma’am or Sir… but they also have double-barreled shotguns under the counter. And they aren’t afraid to use them.

Why the tough crowd? Because the customers can be tough. Some are trying to fence stolen goods (which is much more rare in these times of stiff regulation and computers). Others want to sell legitimately, but perhaps not always with the intention of using the cash to fund legal activities. And even those who are there with nothing but good intentions might still look kind of scary. The pawn shop isn’t a lecture hall full of academic wimps discussing the merits of Edmund Spencer’s poetry, that’s for sure. Which is actually quite ironic, as you’ll soon see.

The word ‘pawn’ comes from the Latin word ‘pingus,’ which means, ‘pledge.’ The pawn system of handing over personal collateral in return for a high-interest loan has been around since the ancient Greeks and Romans. The Chinese had a pawn system at least 3,000 years ago. But the most famous pawnbrokers? The Medici family. 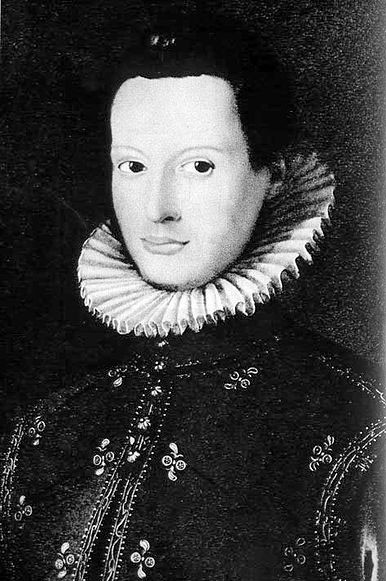 Florence, Italy, the epicenter of the Renaissance, was the home of the Medici family. The patriarch, Giovanni di Bicci de’ Medici, opened up his bank in 1397. However, the Church had declared that it was illegal to charge interest for loans. So, how then, can a bank make money? By a complicated system of exchange, something the Medici family (and others) honed to a science.

Instead of issuing a loan with interest, banks purchased items from their customers. Later, the customer returned to purchase his own item from the bank, at a higher amount than he’d originally received. Sounds like interest, but really it’s just a tricky way of keeping the Pope happy.

The banchi a panello were much like the pawnshops of today; small shops that lent small amounts of money. They were looked down upon and generally considered houses of “usury.” The owners of these shops paid the Church 2,000 florins a year for a special “license” that absolved them of this serious sin.

The Medici Bank was a banchi grossi (great bank). While its practices were really no different from the banchi a panellos, its clientele and their collateral certainly were. “Non-interest” loans were given to royalty, in order to finance military operations or lavish castle renovations. But the Medici’s biggest client? The Vatican. In addition to making occasional deposits of tithes and taxes, Popes often took out loans, using the Church’s expensive holdings as collatoral; Giovanni di Bicci once held a valuable, jewel-encrusted miter that belonged to Pope John XXIII. Luckily, he came back in to buy it back. 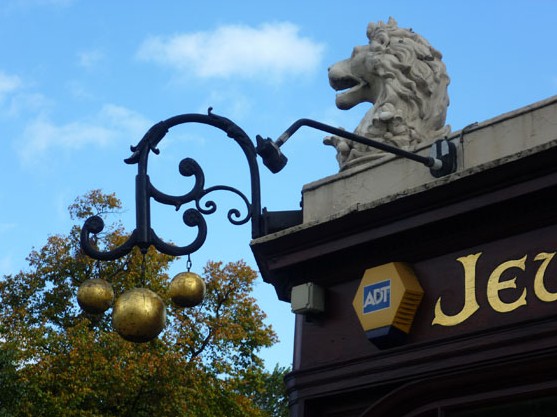 The money-lenders guild of Florence developed a symbol to identify its businesses. The three gold bezants (round balls) are traditional symbols of money. The gold bezants appeared in the coats of arms of some of the wealthy banking families. The Medici Family’s coat of arms contains red bezants, or torteaux. The symbol used to identify the banchi a panello (small pawnshops) was a small sculpture of three gold balls. It was hung outside a shop to alert potential customers that the shop lent money on items of value.

Today, things are a little different. Pawnshops are allowed to charge interest (and plenty of it). A typical pawnshop is still at the bottom of the bank hierarchy (well maybe just above the check-cashing, payday loan shops). But now, since they aren’t required to pay 2,000 florins to absolve themselves of usury, they don’t need their symbol to identify themselves as banchi a panellos.

The pawnbroker’s symbol is still the three bezants, suspended from a gold bar. The National Pawnbroker’s Association incorporated the symbol into its logo. And some shops still have the symbol outside their shops.