What would we do without our moms? When I was little my mom read to me for hours at a time, curled my hair every day and told me how special I was. When I was older, she drove me to countless extra-curriculars, taught me how to apply eye makeup so I didn’t look like a racoon, and reminded me how special I was when my friends were mean. Now that I’m grown up, Mom helps out with the kids (and tells them they’re special), reads everything I write and lends an ear when I need a good rant. And all along, Mom has dispensed invaluable advice—some of which I took, some of which I didn’t (but it turned out that she was always right, after all). Here’s some of the best advice she ever gave me.

When I was in elementary school, the PTA hosted a talent show. You had to audition in order to perform for the school, but everyone who auditioned got a big strawberry Tangy Taffy just for trying. I always performed a little dance number or played the piano, passed the audition and got to show off in front of the whole school (which I rather enjoyed). Afterwards, participants got a donut and a certificate. Between the exhibitionism and the treats, I was in heaven.

One year, I decided to play the piano and sing. Just like Stevie Wonder (except that I was a skinny little white girl). I chose This Land is Your Land and practiced for hours until I could play it flawlessly. And I knew all the lyrics, too. When I told my mom my plans, she got a pained look on her face. “Are you sure you want to sing, honey?” she said, “I think it would be great if you just played the song instead.” Nope. I was going to sing. I was adamant. “Well, I just really think maybe singing isn’t the best idea… why don’t you do a dance instead?” But I was a stubborn child. It was singing or nothing.

The problem was this: I absolutely couldn’t sing on-key (and still can’t). I can’t really even get through Happy Birthday without making people wince. I wasn’t aware of that in third grade, though, so I strode right onto the audition stage, head held high, and proceeded to slaughter Woodie Guthrie’s beautiful song. At the end, I got a taffy and a “thanks but no thanks.” I was crushed. My mom comforted me and said all the right things. She told me that I was a talented dancer. That I was a stellar pianist. I was beautiful. And smart. And everyone liked me. I was a special girl. But… I should maybe not sing in public. After all, I had so many other amazing talents, so I should leave singing to the poor girls who couldn’t dance.

I took her advice. If you’re having a birthday, I’ll bake you a cake. I’ll buy you a present. But I’ll just mouth the words to Happy Birthday… an extra little gift from me to you.

In 7th grade, I had a huge project for my English class. I was supposed to write my autobiography, include photos and drawings and design a special binder. I had all year to work on it.

I figured I needed about 5 pages to cover everything. I’d slap some photos on a piece of paper, too. And I’d get one of those vinyl binders and put some cute stickers on it. But then I showed the assignment sheet to my mom. She pointed out that I was supposed to have a bunch of chapters and a table of contents. And that I needed photos. And that throwing some stickers on a binder wasn’t going to cut it. She got involved and oversaw the project and we ended up with: 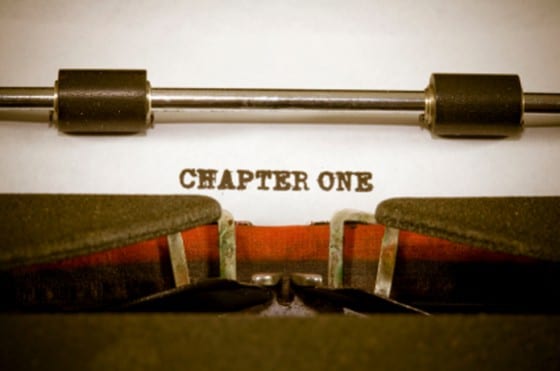 This was back before the era of home computers; we did the whole project with a 1970s typewriter. Mom spent dozens of hours proofreading, editing, typing pages and providing motivation. In return, I whined and moaned and did everything I could to avoid working.

At one point during a long writing session, I was complaining that we were doing way more than necessary. And my poor, long-suffering mom looked me in the eye and said, “Catherine Rees. Anything worth doing is doing well.” How can you argue with that? Plus, when she called me by my full name, I knew she meant business. I sat up straight and kept writing.

She was right. Though I’d only spent 12 years on the planet, I’d created a comprehensive autobiography of my short life. It looked beautiful—much better than a few grubby pages of handwritten text crammed into a binder. It was worth doing well.

You can do or have anything you want… if you’re willing to work hard enough and make sacrifices.

My mom has always been super supportive. No matter what I wanted to do, she was sure I could do it (with the exception of singing in public). 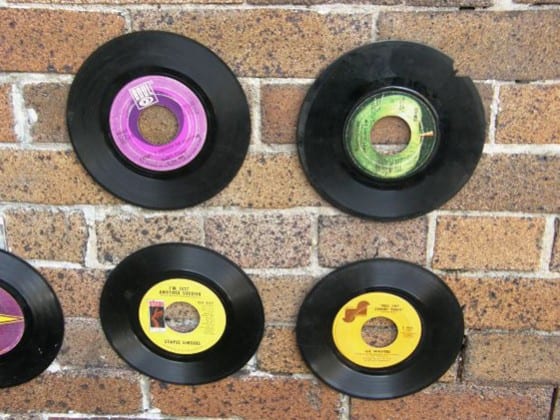 When I was sixteen, I really, really wanted to get a job at SoundOff Records. It was the place where all the cool kids worked, and where all the cool kids bought records. My mom told me to take in my application, ask for the owner and tell him why I wanted to work for him. A terrifying prospect. Couldn’t I just drop the application off? She reminded me that lots of kids probably wanted to work for SoundOff, and if I really wanted the job, I had to work hard to get it. So, I filled out an application and drove to SoundOff Records, shaking the entire way and trying not to throw up.

After sitting in the parking lot for fifteen minutes, psyching myself up, I walked in and asked for the owner. Jeff, a laid back hippie with shaggy hair and kind eyes, came out of his office. I somehow managed to shake his hand, look him in the eye and tell him why I wanted to work there. He hired me on the spot. A few years later, he told me how amused he was to see this pale, skinny kid (who looked about twelve years old), shake his hand, call him, “sir” and lobby for a job. He had a stack of applications four inches thick—from kids way cooler than me. But my mom was right—I was the one who wanted the job badly enough to face the owner and ask for it.

Every time I think I want to do something, I think of Mom’s advice. Sometimes I don’t want something enough to work hard for it. Sometimes I do. No matter how hard it is to have the thing I want, my mom supports me. She’s my biggest cheerleader—she not only thinks I can do anything… she knows it.

What’s the best advice your mom ever gave you? Tell us here!