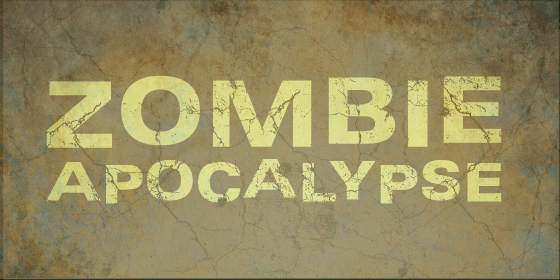 Some day, the zombie apocalypse will happen. But do you ever wonder how it will go down? 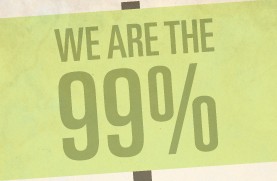 Inside the super-secret government lab somewhere in Nebraska, an intern drops a vial of super-strength neurotoxins being developed to subdue Occupy Wall Street protesters. As he mops up the mess, he cuts himself on the shards of super-sharp glass. The neurotoxin on the glass shards seep into the intern’s veins, and . . .

Twenty minutes later . . . The intern stumbles into the reception area, grabs the receptionist and starts gnawing on her arm. Screaming, she grabs her car keys and runs out the door.
The receptionist crashes her car through the front doors of Omaha General Hospital. As doctors, nurses and a janitor rush to extricate her from the wreckage, she claws, bites and infects them.

On the evening news, the news anchor states that there’s a virulent flu going around and that everyone should stay home from work tomorrow. 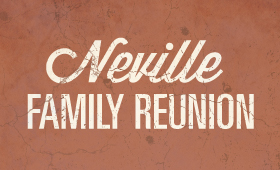 Everyone stays home . . . except for the Nevilles. Zombie hospital personnel (plus one zombie janitor, a zombie receptionist and a zombie science intern) stumble into the Neville Family Reunion where they proceed to attack and chew on all 125 Neville uncles, aunts and second cousins twice removed. The National Guard shows up and shoots all the zombies…

On the evening news, the anchor reports that a small tornado killed the Neville family. But everything is ok now and the flu epidemic is also over, so everyone should go back to work tomorrow.

The National Guardsman gets back to the base and proceeds to chew up all the other guys while they’re sleeping. 450 National Guardsmen zombies head out into the dark night, searching for human prey. 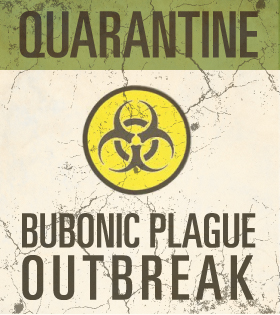 On Good Morning, America, George Stephanopoulos reports that there is an epidemic of bubonic plague in Nebraska. But the government guys are on the scene and they’re fixing everything.

By early afternoon, zombies have crossed state lines, overrunning state troopers. Soon after, a zombie mob attacks the Chicago airport, biting several people who manage to get away and hop onto planes bound for Los Angeles, Boston and New York.

Lesley Stahl reports on 60 Minutes that terrorists have infiltrated the country and that everyone should gather enough water for three days and put duct tape on their windows.

Some people fill their bathtubs with water and put duct tape on their windows. When the power goes out, they light candles and play Yahtzee! with their kids all evening.

Other people don’t have any duct tape, so they head to Home Depot where zombies eat most of them.

The next morning, Good Morning, America is not on the air. Neither is The Today Show. Even Fox News is silent.

All over America, the Yahtzee! playing, bathtub-water-storing families emerge into the morning light, hoping that civilization is back on track so they can all go for pancakes at IHOP. Instead, they hastily retreat back into their houses as blood-thirsty zombies stumble across their lawns.

After barricading the front door with the upright piano, the dads start rounding up baseball bats, nail guns, and anything that looks like a zombie-killing weapon. The moms open up their pantries, start counting cans of green beans and search their cookbooks for Spam recipes.

The zombie apocalypse has begun. Good luck out there!