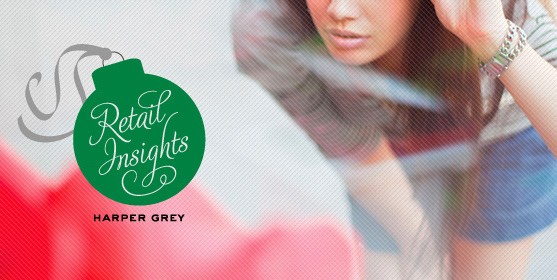 No Receipt, No Return

Turns out some stores won’t accept your item for return or even exchange if you don’t have a receipt. Last year my friend Dan tried to return a tool he’d received for Christmas. “I wanted to exchange a corded drill for a more expensive, cordless model,” he said. “I wasn’t about to ask my mother-in-law for the receipt, but I knew where she’d purchased it and I just wanted to receive credit toward the other drill.”

But the store wouldn’t take the drill back. “They told me they couldn’t be sure she’d bought it at their store, so they didn’t want to add it to their inventory,” Dan sighed. “The only other store in town that carried the same brand had a returns line that snaked around three aisles. So I ended up keeping the corded drill. Every time I use it and drag around that stupid extension cord, I get angry all over again.”

Some stores will give you store credit for returns without a receipt, but this can cost you a lot of money. Last year, I wanted to return a robe that I’d been given. It was a nice enough robe, but I already owned two and three just seemed excessive. I knew exactly which store it was from, so I figured I’d just hand it over, get a store credit and buy a sweater I’d been coveting.

I’d seen the robe marked on sale for $29 about a week before Christmas. But without a receipt, the store would only give me credit for the lowest price—and the robe had been marked down on clearance the day before… for $9. Pennies on the dollar—just like taking stuff to a pawn shop! This is a huge advantage to the store; sell an item for $29, then take it back at an $20 profit and re-sell it for another $9! I couldn’t stomach that kind of loss, and the store had sold out of the sweater I wanted anyway, so I kept it (and re-gifted it… but that’s another story).

Dan talked about the returns line snaking around three aisles. And he’s right—the lines are crazy for several days after Christmas. But should every returner be treated the same?

My friend Ellie once waited for three hours to return a coffee maker that was broken when she opened it. “It wasn’t even like I was just being spoiled and unhappy with my stuff,” she said, “the stupid thing was broken. But it took three hours of my time to exchange it for the exact same item.”

I agree with Ellie. There’s a difference between spoiled gift recipients who want something else and those who got something broken that just want the exact same thing. Stores should differentiate between the two types of returners and have a separate line for those who are exchanging exact items.

Some stores will happily take your stuff back… but they’ll charge you money to do so. Electronics seem to be the most common items to come with a restocking fee. Why? No idea… is it that much harder to put an unopened camera back on the shelf than to restock a toy or a sweater?

When Mark went to return a game system he’d received (he’s a PC gamer, not a video console gamer… there’s a huge difference, apparently), he found that the store would issue him a store credit, but would knock 20 percent off for a restocking fee. The console cost $400, so the restocking fee amounted to $80. The game system was still sealed in the factory packaging, so all the employee had to do was just stick it back on the shelf and re-sell it. The store employee explained that the restocking fee was in place because opened electronics items had to be sold to the next customer at a discount. When Mark pointed out that his return was unopened, the employee shrugged and said, “Well, it just applies to every electronic item.”

A Few Things to Consider Before Lining Up

Sometimes it’s just not worth your time to stand in the returns line. Instead, think about a different approach. Here are a few ideas:

Remember the Real Reason for the Season

It might be a religious celebration. Or it might be the gathering together of family and friends. But the holiday season shouldn’t be all about the presents. So if you got something you didn’t want, don’t be too spoiled about it. Remember—sometimes it’s just the thought that counts.