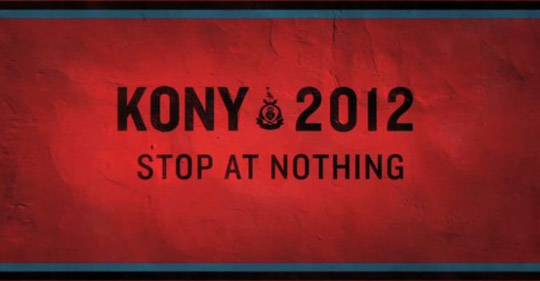 If you’ve been anywhere near a computer in the last few days, odds are you’ve seen the video, blog postings and news stories about Joseph Kony. Most people were previously unaware of this man and his horrific crimes against the people of Uganda, but the story has recently gone viral thanks to social media. If you haven’t seen the campaign, here’s a quick recap:

Joseph Kony is the head of the Lord’s Resistance Army (LRA), a Ugandan guerilla group. Kony and his army commit atrocities including murder, mutilation, rape, kidnapping and cannibalism. His actions have displaced over 440,000 people in three African countries over the last 26 years. In 2005, Kony was indicted by the International Criminal Court for crimes against humanity. However, he has evaded capture and has yet to be brought to trial for his crimes.

Perhaps the most heartbreaking aspect of this violence is that Kony uses children to perpetuate it. Invisible Children, a non-profit group working to raise awareness of this issue, estimates that over 30,000 children have been kidnapped from their homes and forced to act as soldiers for the LRA. These children are forced to murder, mutilate and rape their fellow citizens. The girls are many times used as sex slaves. Invisible Children seeks to make Kony’s crimes known all over the world in order to bring an end to the abuse of the children in central Africa. Their website states:

“He (Joseph Kony) remains at large because he is invisible to the world. Few know his name, even fewer know his crimes. This year we are making Joseph Kony famous. Because when he is, the world will unite for justice and demand his arrest.”

To that end, Invisible Children created a video to make people aware of Joseph Kony and to publicize a world-wide event on April 20th. Invisible Children is calling for a world-wide demonstration on April 20th. The video’s director, Jason Russell states, “This is the day when we will meet at sundown and blanket every street in every city until the sun comes up. The rest of the world will go to bed Friday night and wake up to hundreds of thousands of posters demanding justice.”

On April 20th, film crews from news stations all over the planet will be broadcasting live as thousands of people demonstrate their concern through the simple act of covering their cities in signage. Here at Signs.com, we know how impactful signage can be and we are excited to see people realizing their value and using them in creative ways. Signs may be one of the most rudimentary forms of communication but with just a few words, you can advertise a business, celebrate a family event and even assist in a social movement making a difference in Central Africa.