Why do today what you can put off ‘til tomorrow? It’s certainly one of my mantras. And when it applies to things like grocery shopping, washing the car or (as my husband can attest), vacuuming, it’s not that big of a deal. The world won’t end if my car has a few hundred bugs on the front grill.

But when you procrastinate with your business, it’s a different story.

I have several good friends who own businesses. People with similar personalities tend to become friends. Let’s just say that most of my business-owning friends share my tendency to procrastinate. I asked them to tell me about how that itty bitty character flaw was affecting their businesses, and they were kind enough to share. Of course, I did promise to change all their names to protect them from public humiliation.

Lisa owns a cute little bakery. She sells cupcakes and cookies and does some absolutely beautiful wedding cakes. The bakery is decorated in an adorable, whimsical, retro fashion and people always comment on how cute the place is. Lisa is a talented baker and a pretty good businesswoman, but she’s not always current on the mundane tasks.

One day she got to work and noticed that her front door had little fingerprints all over it (give a kid a glazed donut and see just how messy things get). She told herself she’d clean it up just as soon as she did a bunch of other things. Fun things, like decorating cupcakes and arranging them just so on top of the lace doilies in the case. Well, she kept putting off cleaning the door all day. Until a woman came in and remarked, “You really should clean that front door. It’s nasty.” Lisa was mortified. 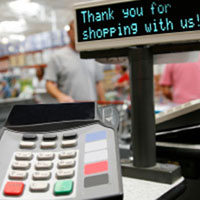 My friend Jen was lucky that her procrastination didn’t end up costing her a lot of money and grief. When she leased her space, it came with a counter for the cash register already installed. The counter was attractive enough, but there was a decorative strip of metal that was peeling off. The strip was about three feet from the floor – just eye height of the children her customers brought in. Bored kids would pull on the metal strip while their moms paid for their purchases. Jen noticed that the strip had really sharp edges and knew she needed to remove it, sand the area and repaint the counter. But she was busy doing other things and kept putting it off.

Jen’s husband and his friend Joe came into the shop one day to say hello. Joe noticed the metal strip and grabbed ahold of it, cutting three of his fingers in the process. The injury wasn’t severe – a couple bandaids fixed him right up. But Joe is an attorney. He pointed out that her negligence and procrastination could seriously injure someone.

For instance, a kid could easily cut his face on the metal strip. And that kid’s mom  might just sue the pants off Jen, who could lose everything she’d worked so hard for, and would then have to live with the knowledge that she’d hurt a little kid. Needless to say, Jen stayed late that night, sanding and repainting the counter. 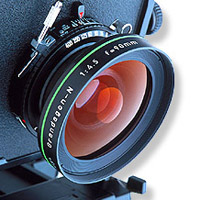 Sue is a photographer whose work is so fabulous that she’s booked at least six months in advance. Sue can get even the crankiest baby to smile. She’s been known to coerce three dogs, two toddlers and a five-year old to all sit still long enough to take multiple shots for family photos. Sue is really, really talented. At photography. At accounting… well, not so much.

Sue kept meaning to learn about small business accounting. Or hire an accountant. But she kept putting it off. Until she failed to file her taxes and got a letter from the IRS. The IRS doesn’t take kindly to procrastination. A fact that cost Sue over $1,000 in late fees and penalties.

If you’re a procrastinator like me and my friends, just stop it. Procrastination can really hurt your business. Embarrassment, like Lisa suffered over her dirty front door, is the least of your potential woes.

Make a list of the things you tend to procrastinate. Sometimes they’re things that you don’t like doing. Can you hire someone else to do those things? Or perhaps do them first thing in the morning and reward yourself afterwards by doing fun things? Sometimes your procrastinated tasks are put off because you don’t know how to do them or are afraid that you’ll mess up. Again, get some professional help. Or jump in and try.