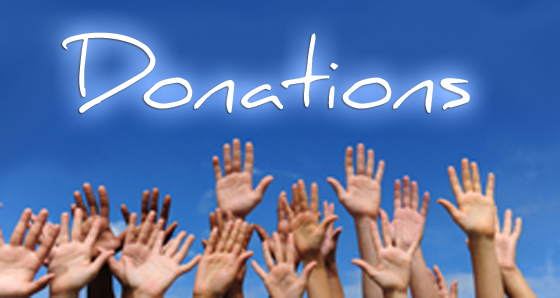 Times have been tough for charitable organizations. During the recession, many found themselves serving an even greater clientele with far fewer available resources. People who have lost jobs don’t have money to give. And those who haven’t lost jobs are clinging to their cash a bit tighter. Organizations must work harder to bring in charitable donations, while keeping marketing costs low.

Research has found that simply changing the way your marketing material is written can make a big difference in the amount of donations your organization receives. Creating rich, detailed stories about those in need is much more effective than simply presenting statistics. And a new study, soon to be published in the Journal of Consumer Research, highlights another way to tell stories about those in need to garner higher donations.

According to the World Health Organization, 1 in 3 people in developing countries are affected by vitamin deficiencies. Between 100 and 140 million children are vitamin A deficient, and an estimated 250,000 to 500,000 of those children become blind every year. Half will die within one year of becoming blind. That’s a lot of children who could easily be helped with an inexpensive vitamin A supplement. Sounds pretty terrible, right? But it also seems like a huge problem that isn’t easily solved with a small donation.

Many studies have been done on the value of telling personal stories when asking for donations. People tend to feel overwhelmed when they try to comprehend the enormity of an issue involving hundreds of thousands of victims. It seems as if donating $20 to help millions of starving children isn’t going to make much of a difference. But organizations know that if everyone donated $20, the millions could be fed.

The answer to this dilemma lies in personal stories. Mother Teresa said, “If I look at the mass, I will never act. If I look at the one, I will.” If, instead of presenting the public with the grim statistic of 40 million starving children, an organization tells the story of just one of those children, donations increase.

Now, let me tell you a story. Thomas is a three-year-old boy living in Sub-Saharan Africa with his mother. Thomas is a boy with an infectious grin and a hint of mischief in his eyes. He likes to play soccer, when he has the energy. But Thomas is severely malnourished and is vitamin A deficient. He is at serious risk for becoming blind. With a donation of less than $20, you can provide Thomas with the vitamin A he needs to be healthier. Sound like something within your reach? Sure.

Telling stories about an individual, rather than citing statistics, is more effective and has been proven to increase donations.

The Value of a Family

Stories can also be told about a group of people, as long as that group can be shown to be cohesive. The study, “More for the Many: The Influence of Entitativity on Charitable Giving” shows that people are more willing to donate (and to donate larger sums) when victims are portrayed as entitative (which means that they comprise a single, coherent unit, such as a family).

One experiment asked two different focus groups to consider similar scenarios. The researcher told the first focus group that a non-profit organization was trying to raise a large sum of money to help build a school for children in Africa. A picture was presented, showing six African children. The group was told that the children were all from the same family.

The second focus group was presented with the same scenario and the same photo, but that group was not told that the children were related. After the presentation, the participants were asked how much money they would be willing to donate for the school.

The group that had been given the scenario that presented the children as being from the same family was willing to give more money than the group who thought they were donating to six unrelated children.

For charitable organizations, this means that the characters in the story should be portrayed as a coherent group, rather than just many unrelated people in need. Perhaps you tell a story about family members, as in the example above. Or you find another way in which those who need aid are related. For instance, if your organization funds research for breast cancer, tell a story about four women who are all mothers. Or perhaps they’re all literacy volunteers. Or all artists. Find some commonality and you’ll make connections in the minds of your donors that will increase their likelihood to make higher contributions.

If you’re already printing materials, writing on a website or making presentations to groups of people, it’s easy to make quick changes that shift the dialogue from faceless statistics to engaging stories that connect your audience to those in need. It doesn’t cost you a dime in additional marketing, but the return can be significant.