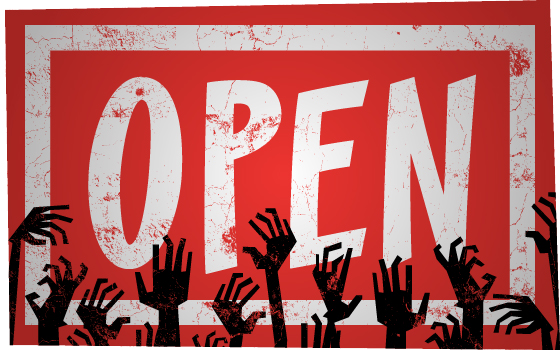 The zombies are coming to a retail store near you . . . your retail store. They’re not the undead; they’re very much alive. And soon they’ll be swarming your store with their zombie-like pursuit of just one thing . . . will you be prepared for the zombie invasion?

What the zombies will want

Television and movie zombies are single-minded individuals with the desire for only one thing: human flesh. But zombies’ brains have been altered and t they’ve lost the ability to think coherently, formulate goals and proceed in an organized fashion. So they stagger around looking clueless and drooling. They have one thought running through those zombie brains: “Human Flesh,” “Human Flesh,” “Human Flesh.”

The zombies you’ll encounter need something different, but they’re no less focused on getting what they want. They also seem to have lost the ability to think coherently and proceed in an organized fashion. They’ll stagger through your store looking clueless (though probably not drooling). They’ll have one thought running through their brains: “Need a gift,” “Need a gift,” “Need a gift.”

When they will come

A few of the zombies will show up this year on November 23rd, during your Black Friday sale. But most won’t arrive until later in December, because shopping zombies put off their most egregious shopping tasks until the very last minute.

For best results, prepare for the zombie invasion to occur mid-November and remain diligent until after Christmas.

How the holidays turn normal, high-functioning people into zombies

For the shopping zombies, finding and buying a gift is akin to catching and eating a human. Difficult. But necessary.

Everyone has a few people on their shopping list that are just impossible to shop for.

How the Zombie Transformation Occurs

So most people do most of their holiday shopping fairly early. They buy stuff, wrap it up and place it lovingly under the tree, waiting for the big day when they can see their loved one’s face light up as he receives the gift he’s always wanted.

But by the second week in December, these same shoppers wake up one morning feeling a little off. Deep in their brains, they know that they can’t quite relax and enjoy the holidays yet because they still have gifts to buy for those impossible people on their lists. So they head off to the store to take care of business.

Once inside a retail store, the zombie transformation is complete. They wander through the aisles, staring blankly at items on shelves. They pick things up. And put them back down. And wander some more. They can do this for hours.

How to Prepare for the Zombie Invasion

Start preparation for the zombie invasion now. If you have a niche store, be aware of the latest trends and most popular gifts so that you’ll be ready for a recommendation when Aunt Kate comes through the door, looking for a gift for her teenage niece.

If you have a store that caters to a wide demographic, put together several gift baskets or gift sets for various gift recipients.

Work on your customer service skills in anticipation of zombie infiltration. You’ll want to ask detailed questions and get the shopping zombies talking in order to help them find just the right gift for that person who’s so hard to shop for.

If you’re ready to provide something for everyone on a shopping zombie’s list, you’ll make the sale instead of watching the zombie amble back out your door, empty-handed.