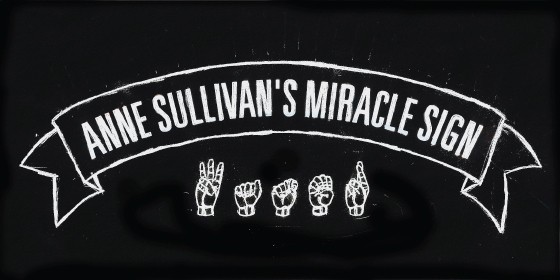 At Signs.com, we obviously feel that signs are important. If you don’t know already, our company sells signs: vinyl banners, yard signs, magnetic signs… you get the picture. But even though we love signs, we recognize that there are different kinds of “signs.” Important signs that have, perhaps, even more impact than a well-designed vinyl banner. On this day in 1887, a “sign” changed a life. 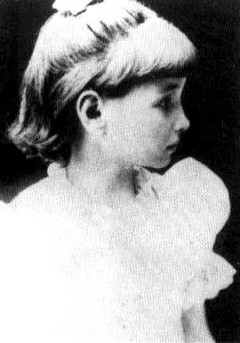 Helen Keller was born in Alabama in 1880. She contracted a serious illness at the age of 19 months that left her both deaf and blind. Helen was smart and resourceful; she made up signs that she used to communicate with her family members. But she was also stubborn and spoiled. Because of her condition, her family quickly gave her anything she wanted and didn’t require that she learn anything. By the age of seven, little Helen was quite a handful—she screamed and threw fits when she didn’t get her way.

Helen’s family was Old South; her father served in the Confederate Army and  Robert E. Lee was a distant relative. The family had money. So when Helen started becoming unmanageable, the Kellers were able to hire Anne Sullivan. 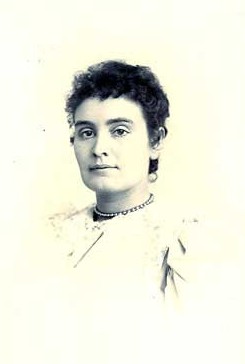 Anne had a difficult childhood. She contracted trachoma at age three and was left blind. Her mother died when she was eight and her father was an alcoholic who left Anne and her little brother, Jimmie, at a poorhouse two years later. Not long after being abandoned, Jimmie contracted tuberculosis and died, too.

Despite her horrible early life, Anne wasn’t a quitter. She was given a serious of operations to restore some of her vision and attended the Perkins Institute for the Blind. She worked hard and graduated as Class Valedictorian. When the Kellers contacted the director of the Institute to find a teacher for Helen, Anne was given the recommendation.

Anne arrived in March, 1887 to find a willful, spoiled seven-year-old and a houseful of family and servants that tiptoed around to avoid Helen’s tantrums. The first month was rough, as Anne convinced Helen’s parents that they owed it to Helen to treat her as any other child and allow some discipline. And Helen was a wreck. She wasn’t used to not getting her own way, and Anne’s attempts to teach Helen sign language by spelling signs into her palm left her frustrated and furious.

Helen wrote about her memories of living in silence and darkness in her memoir:

Have you ever been at sea in a dense fog, when it seemed as if a tangible white darkness shut you in, and the great ship, tense and anxious, groped her way toward the shore with plummet and sounding-line, and you waited with beating heart for something to happen? I was like that ship before my education began, only I was without compass or sounding-line, and had no way of knowing how near the harbour was.

Helen’s behavior improved over the next several weeks and she began to be able to repeat the letters that her teacher spelled to her. But she couldn’t grasp the connection between the words Anne spelled and their meanings; signing was simply a game where Anne spelled and Helen mimicked the actions. 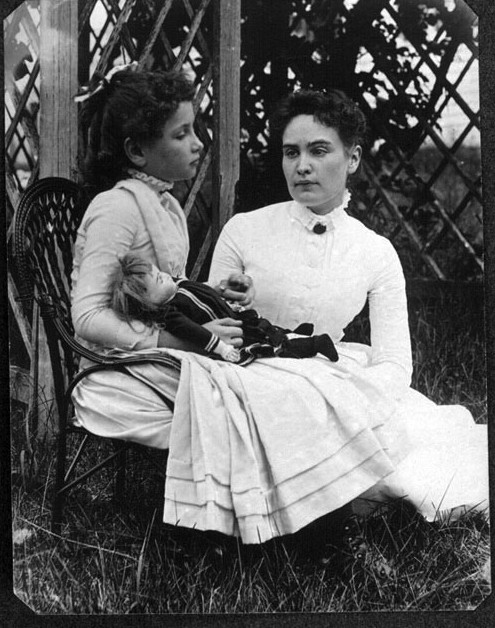 April 5, 1887, did not begin well for Anne and Helen. Though Helen could sign several words, she still had no idea what they meant. That morning, Anne had tried repeatedly to get Helen to understand the difference between the words “mug” and “water.” Helen didn’t get it and ended up throwing a huge tantrum. Anne dropped the subject for awhile, then tried a new tactic. She put two dolls in Helen’s lap—a new doll that she had received as a gift from the Perkins Institute and Helen’s favorite rag doll. She repeated the word “doll” over and over, trying to get Helen to understand that the word applied to both objects. Helen became furious and threw the new doll to the ground, breaking it into smithereens.

The plucky Anne was not to be deterred by a bratty seven-year-old. She gathered Helen up and took her outside for a walk. One of the servants was drawing water from a hand pump in the yard. Anne grabbed Helen’s hand and put it under the stream of water, signing the word “water” over and over again. In her memoir, Helen wrote:

“As the cool stream gushed over one hand she spelled into the other the word water, first slowly, then rapidly. I stood still, my whole attention fixed upon the motions of her fingers. Suddenly I felt a misty consciousness as of something forgotten–-a thrill of returning thought; and somehow the mystery of language was revealed to me. I knew then that ‘w-a-t-e-r’ meant the wonderful cool something that was flowing over my hand. That living word awakened my soul, gave it light, hope, joy, set it free! There were barriers still, it is true, but barriers that could in time be swept away.” 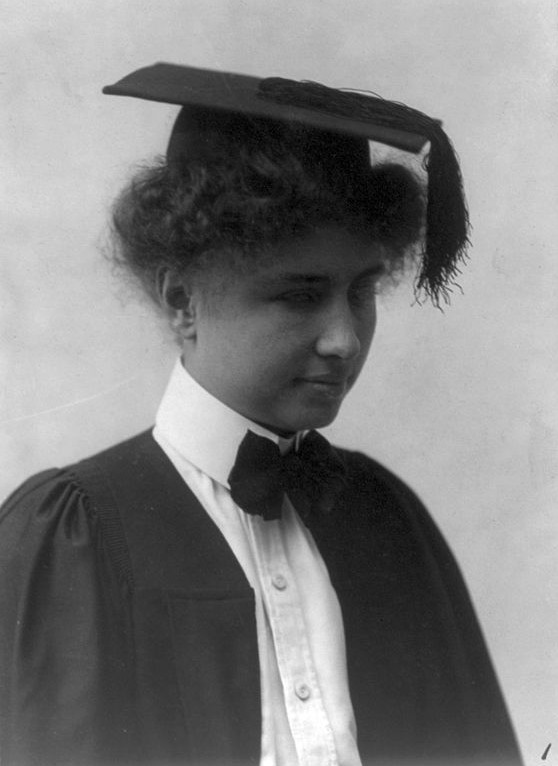 From that moment, Helen was a voracious learner. She quickly learned hundreds of new signs. The following year, she enrolled at the Perkins Institute for the Blind, taking Anne with her as a companion and private tutor. Later, Helen attended Radcliffe College and became the first deaf-blind person to ever earn a Bachelor of Arts Degree.

With Anne at her side, Helen went on to write 12 books and many articles. She gave lectures all over the world. She was a feminist, socialist and pacifist. She founded the Helen Keller International organization, which supports research in vision and health. Helen helped found the American Civil Liberties Union (ACLU) During her lifetime, she met 13 U.S. Presidents. She became personal friends with Mark Twain, Alexander Graham Bell and Charlie Chaplin. Helen Keller had an impact on everyone she met—and the world around her. She went from darkness and silence to a life of greatness. 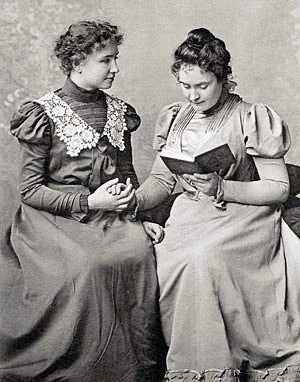 Anne Sullivan remained Helen’s closest companion throughout the rest of her life. She traveled throughout the world with Helen. She earned an honorary fellowship from the Educational Institute of Scotland. Anne was given an honorary degree from Temple University.

As she grew older, Anne’s blindness returned and by the time she died in 1936 (at the age of 70), she was completely blind. Anne died holding Helen’s hand.